Pell Frischmann is thrilled to have won the Outstanding Engineering Achievement Award by the Global Light Rail Awards.

The Global Light Rail Awards recognises the excellence of organisations in the development of future Metro schemes, day-to-day operations and the futureproofing of existing routes. In collaboration with our partners, Egis, Colas Rail and Tony Gee, the Outstanding Engineering Achievement Award recognises the complexity of the design and delivery of work on the Birmingham Eastside Metro Extension Delta Junction – a project design led by our very own James Hunt.

This marks a new dimension for light rail design and engineering in the UK. It’s a very tricky and complex track arrangement, but the quality of the workmanship is exceptional. It’s effectively creating a brand new city along that corridor. 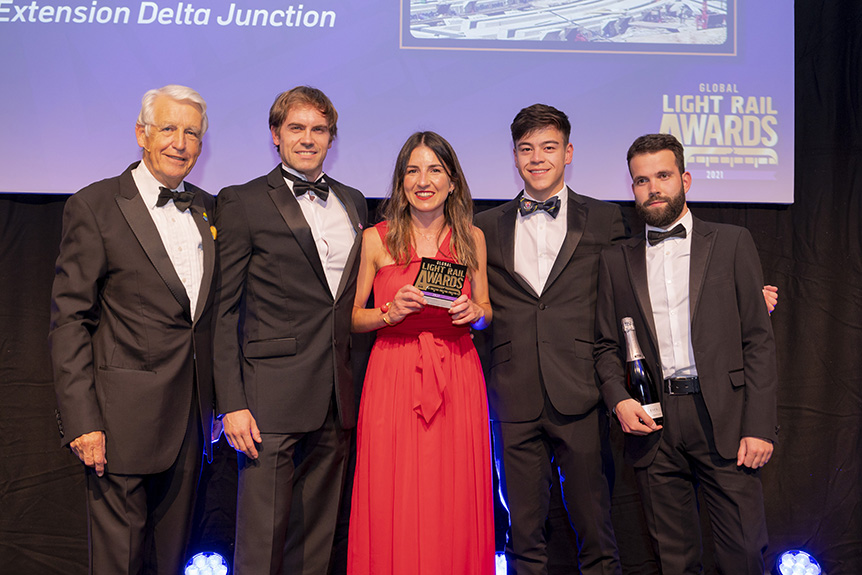 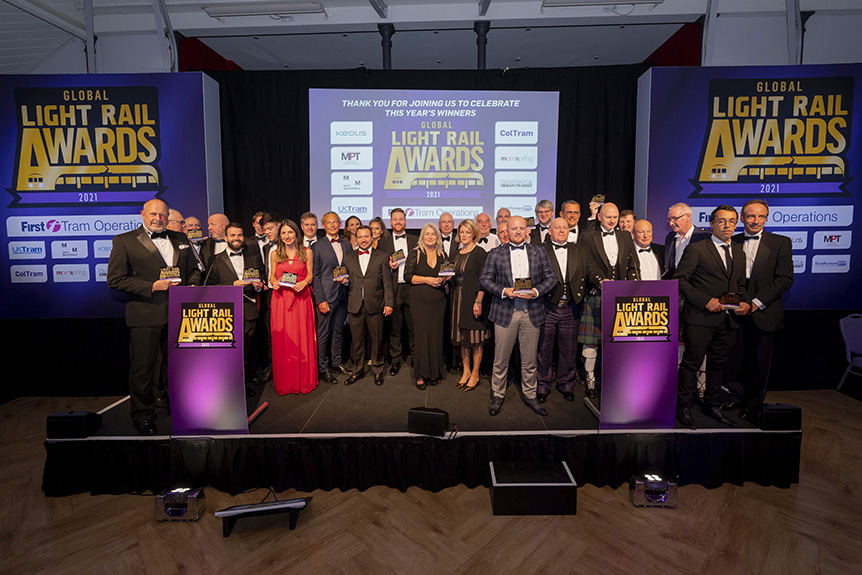 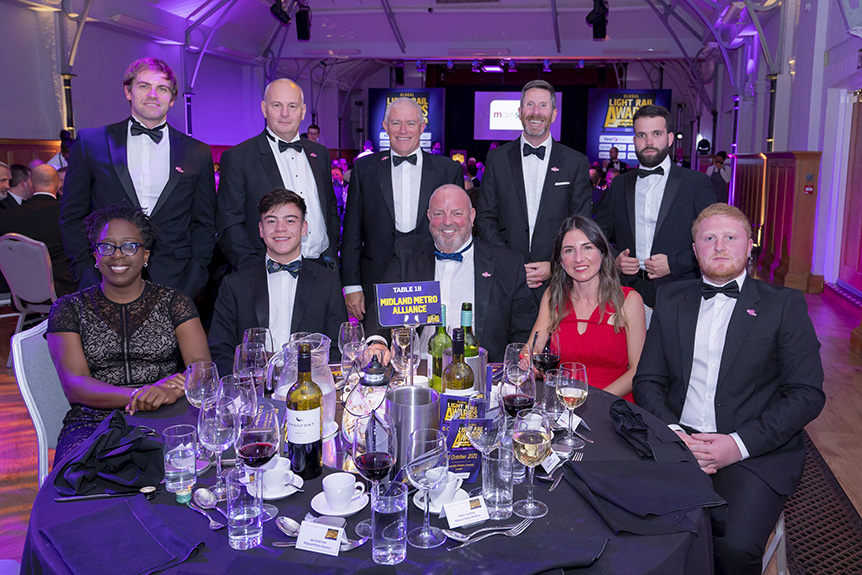 It is gratifying that the project team for BEE have been recognised for the innovative works completed as part of Birmingham Eastside Extension. Pell Frischmann is significantly involved in the developed design, being responsible for the Highways, Traffic Signals, Lighting and Drainage design to support the complex track geometry in this area – while awarded by the Global Light Rail panel, the award should be taken as acknowledgement of the multidisciplinary contributions taken to realise the rail alignment.

Other awards as part of the MMA consortium, saw our colleague Marta, win the Rising Star Award and the Birmingham Westside Extension scheme Highly Commended as Project of the Year.

Pell Frischmann is delighted to have been part of a night of achievements and look forward to seeing the continued growth of Birmingham and its surrounding areas.