Transformation of a six-storey, plus three basement-levels, 1980s office and former bank vault into modern workspaces to fit society’s ever-changing requirements. Regents House’s façade was revitalised into an inviting main entrance for workers; its two floors were renovated into open-plan, flexible environments for up to 1,500 staff members to collaborated efficiently and effectively in.

Close by Angel tube station in Central London, Regents House was re-opened in 2017.

Following a series of successful projects for the Royal Bank of Scotland, Pell Frischmann’s Structural Engineering Team was appointed to undertake the refurbishment of Regents House.

To enable the transformation to an open-plan design, the team designed new door openings throughout the structural cores; the stability was assessed using finite element analysis. Openings were positioned and sized specifically to avoid permanent strengthening works, which would prove costly and unnecessary, particularly through the thick walls of the former bank vault. 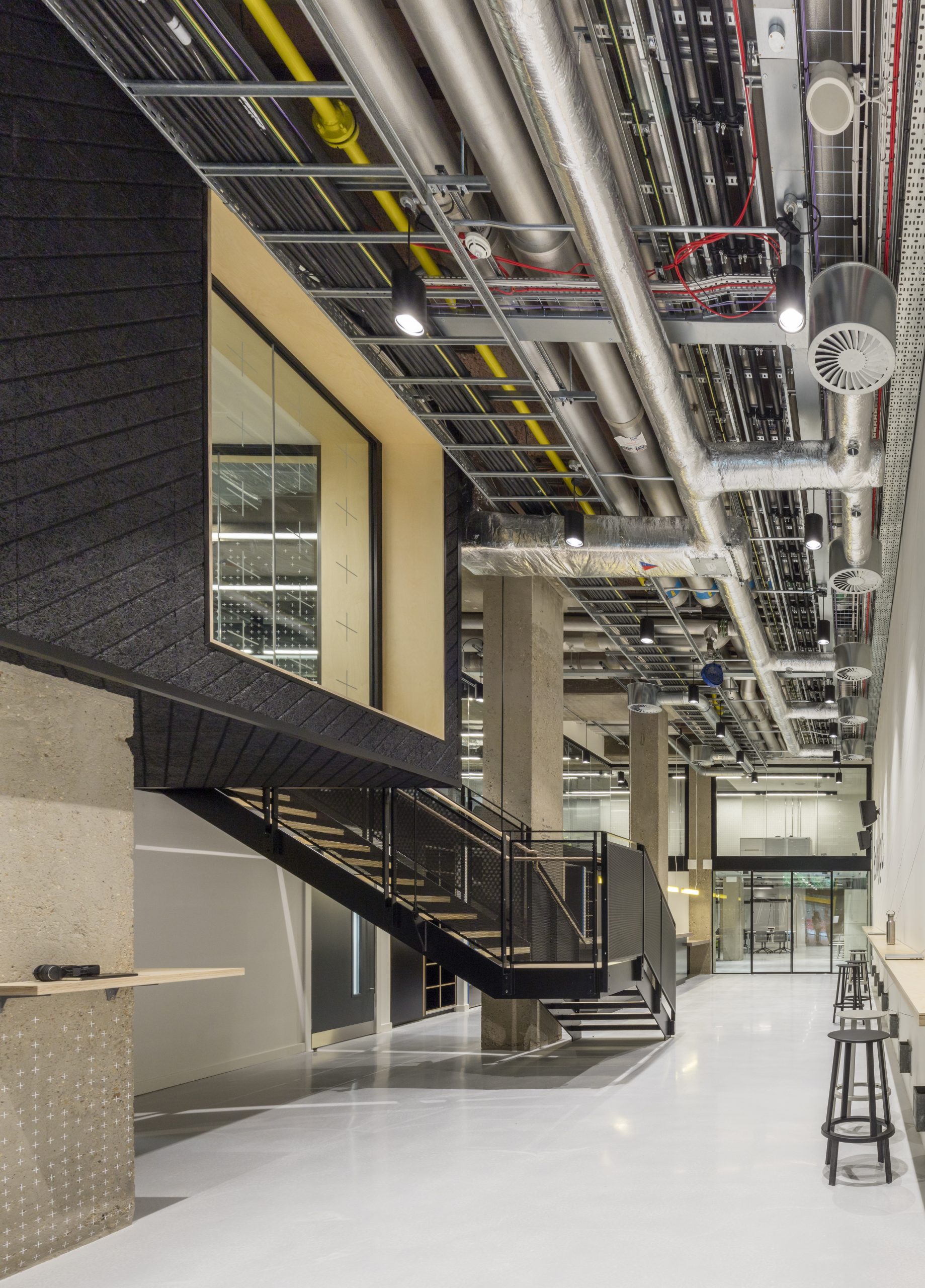 Existing bullion loading bays were demolished and a new shallow exposed joist mezzanine floor was supported off the slab to make use of the double height space. New mezzanine ‘media pods’ were hung from the ground floor structure above, creating the illusion of floating modules within the new double-height entertainment space.

Part of a successful partnership with NatWest, the building’s structural features have been stripped back to allow the character of the building to shine through – clean lines, steel and concrete features give a 21st-century twist to the 1980s office space. The exposed structure adds interest to the space occupied by the occupiers, coupled with the functional open-plan additions allowing productive workflow and collaboration.

Regents House is an example of how standard 1980s reinforced concrete can be redefined for modern requirements, providing collaborative, innovative workspaces.

To find out more about Regents House, please contact us through our form here. 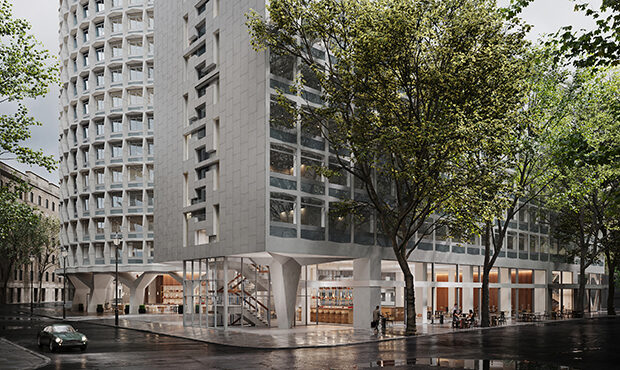 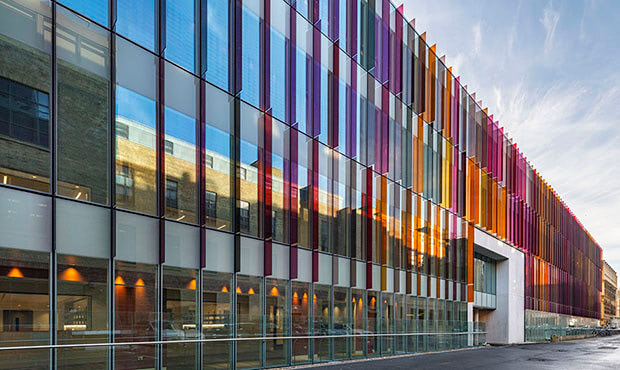 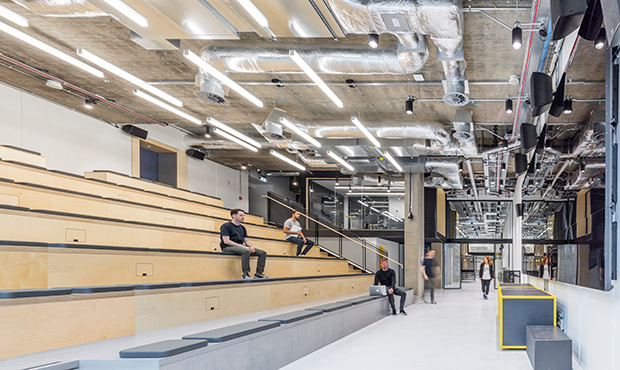 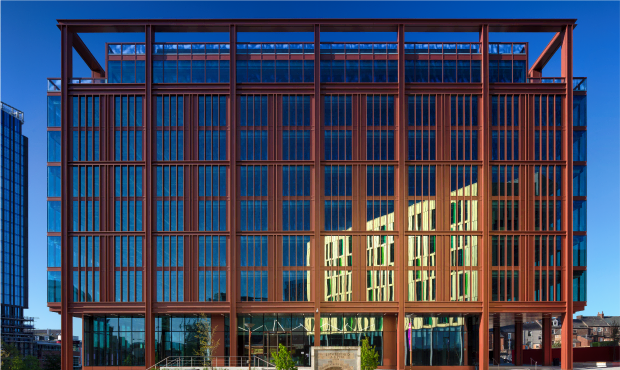 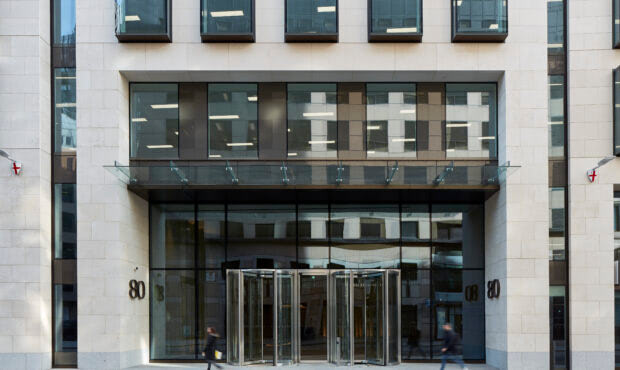 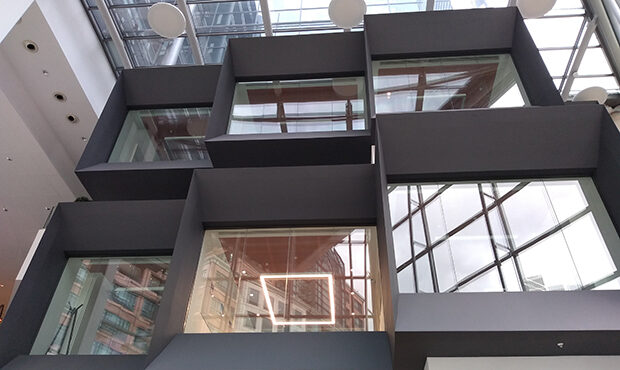