Located in Stourbridge, West Midlands, Friars Gorse Reservoir is a 7m x 15m cylindrical clean water storage tank constructed in the 1960s, which provides mains water storage for the local community. Previous structural condition surveys identified a potential structural weakness and recommended high-accuracy structural monitoring to measure any movement in the side walls between the empty and full states of the tank. 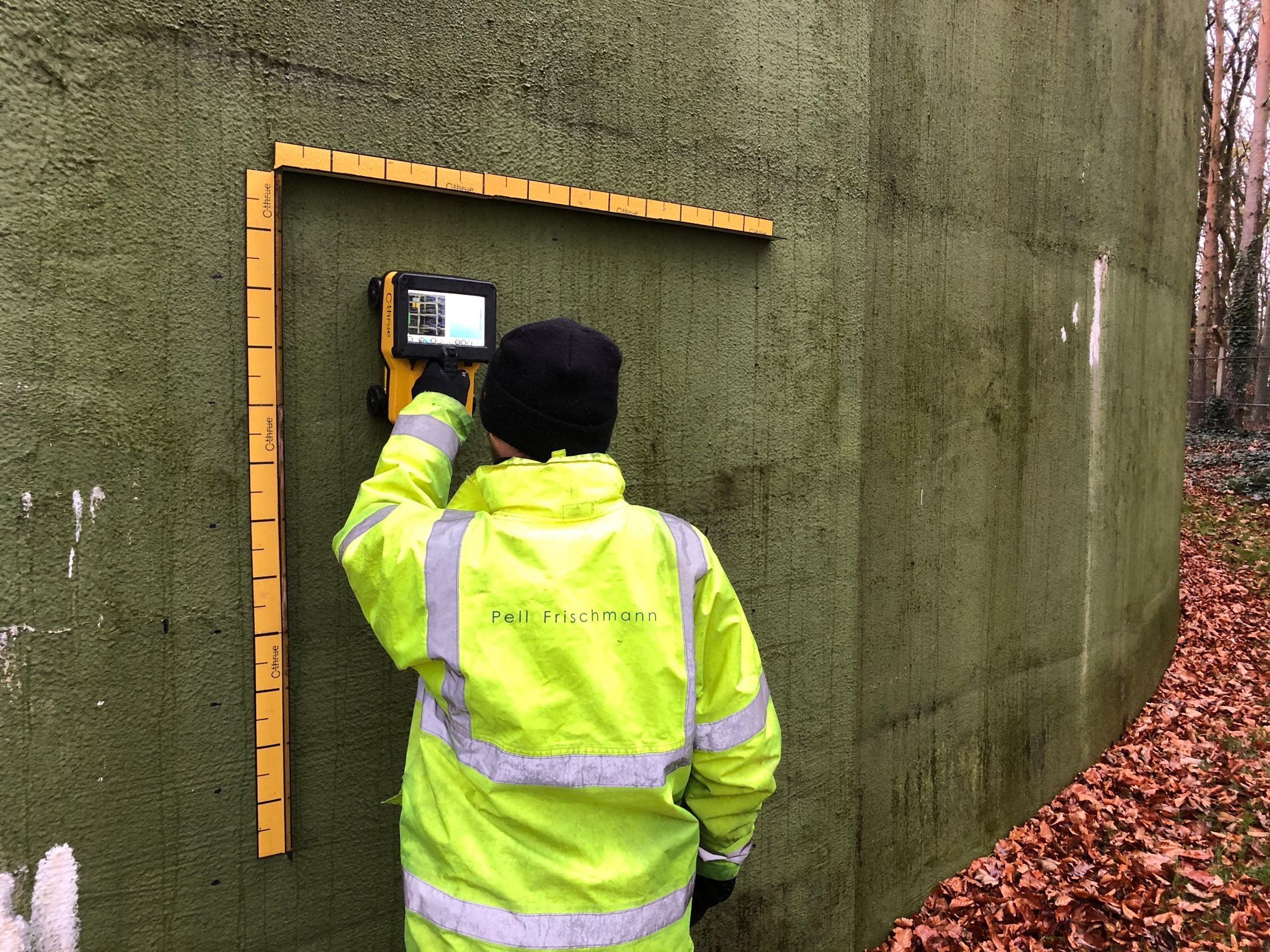 Pell Frischmann was commissioned to create a 3D model of the empty reservoir and return a few weeks later to repeat the measurement when full. The two models were then compared to assess any flex in the sidewalls due to loading. Additional non-intrusive Fero scans were completed to confirm the location of reinforcing bars were as shown on the as-built drawings from the 1960’s.

A precise network of control points was established around the tank. These control points were then used to coordinate a 3d laser scan of the tank. The laser scan created a continuous millimetre grid of points around the cylindrical tank. The scan was repeated when the tank was full, using the same precise control network ensured no coordination or registration errors were misinterpreted as movement. 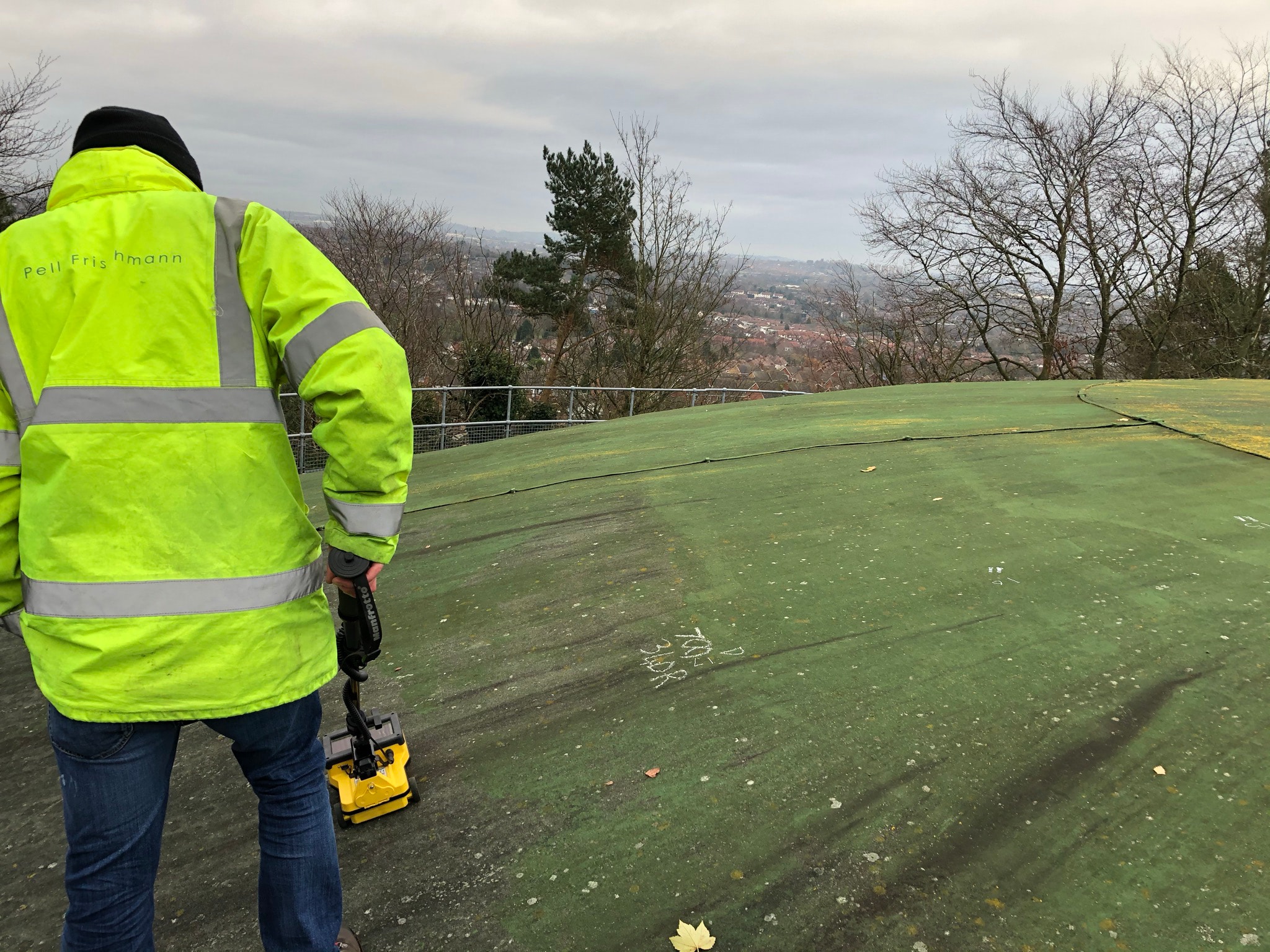 The scans were then processed and the cylinder de-rolled into a flat model so the two scans could be compared. The combined cloud was analysed to produce a heat map showing the changes between the two scans. After analysis of the heatmap by Pell Frischmann’s Structural Engineers, additional non-intrusive GPR surveys were undertaken to confirm the location of reinforcing steelwork within the structure.

The survey and condition analysis were issued to the Severn Trent Asset Management Team for a lifecycle analysis, to determine if life extending maintenance or demolition was the most cost-effective solution.

To find out more about Friars Gorse, please contact us through our form here. 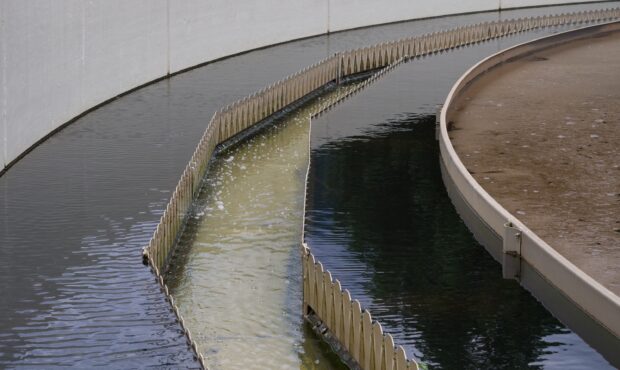 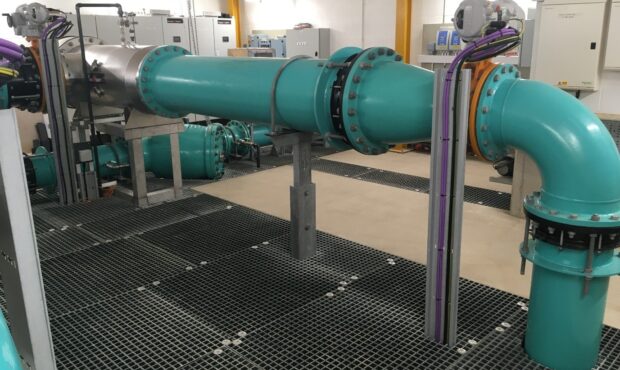 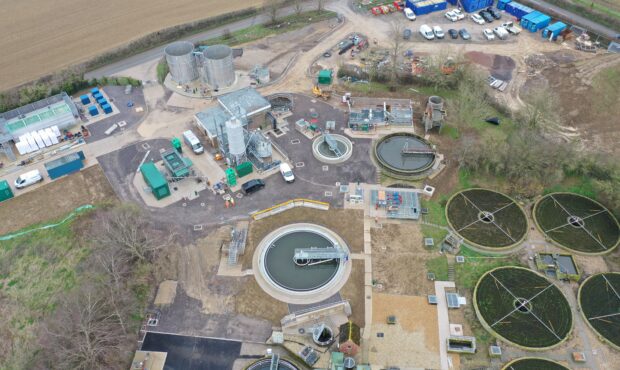 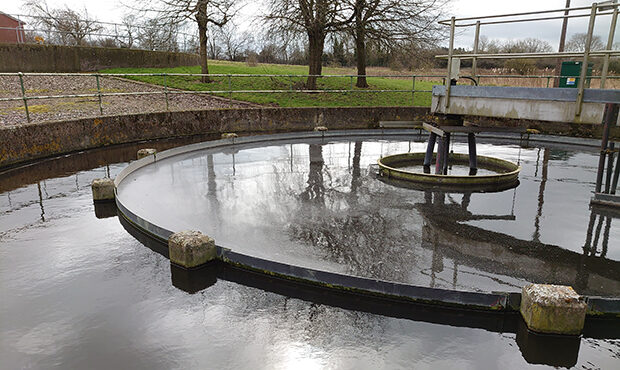 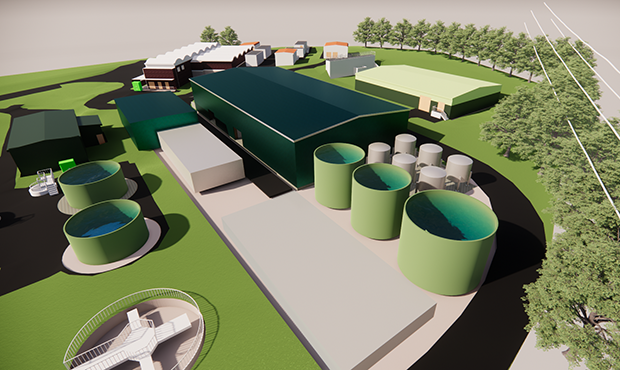