Pell Frischmann was commissioned to carry out the detailed design of several structures following the opening of the culvert and extension of an existing floodwall and flood bund further upstream. 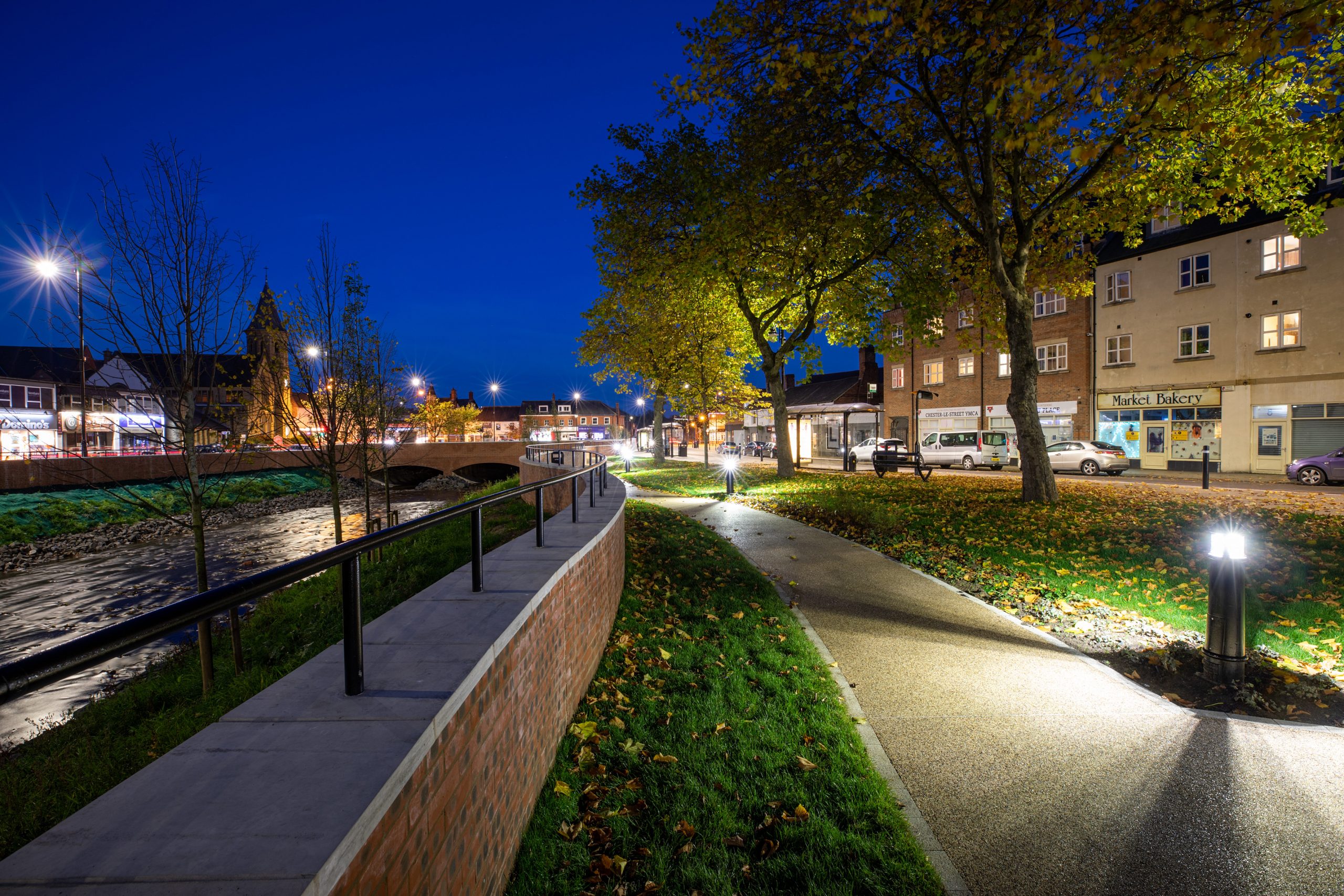 The Structures, Geotechnical and Civil Engineering teams worked together to provide engineering solutions such as an engineered embankment, a series of floodwalls around the opened-up area of the culvert, retaining walls and headwalls to stabilise the opening and contain floodwater. Such measures would reduce the risk of flooding of the nearby residential and commercial properties.

The teams introduced erosion protection measures to the upstream site to protect the embankment and designed new floodwalls and flood bunds to raise the ground level to contain future flood water.

Pell Frischmann was involved during the construction stages, advising the client at each stage.

A catchment area that satisfies the requirements of 1 in 100-year return period for flood water management was created at the opened-up culvert section, with soft landscaping to turn the area into a tiered public seating and communal space. Since the site falls within a conservation area, the proposal keeps in with the nearby red brick viaduct since all the concrete structures were cladded with similar brickwork. Such works together with the extension of the existing floodwall and raising of embankment levels at the upstream site reduce the risk from flooding of the properties located in the Chester-Le-Street town centre.

Pell Frischmann was proud to be part of this crucial piece of infrastructure in the region, alleviating the flooding of numerous residential and commercial properties. Aesthetically, the scheme has created a green public space in the heart of Chester-Le-Street for residents and shoppers to enjoy.

This hidden part of the infrastructure of Chester-Le-Street has been opened up to provide a ‘park-life’ feel to the town centre, whilst providing well needed flood protection to homes and businesses. Close working relationship with local residents and businesses was key to ensuring that the longer-term benefits to the community will last for future generations.

To find out more about Chester-Le-Street, please contact us through our form here.