From 28 July until 8 August, the city of Birmingham is hosting the 2022 Commonwealth Games. Approximately 6,500 athletes and team officials from 72 nations and territories across the Commonwealth will come together in a 12-day celebration of sport and culture.

This is the most attended edition of the Commonwealth Games ever to take place in the United Kingdom, with over 1.3 million spectators set to enjoy a variety of sports including athletics, gymnastics, netball, hockey, and weightlifting.

With all eyes on the city, Pell Frischmann’s Birmingham office has spent the last 4 years supporting clients including Birmingham City Council and Transport for West Midlands as they prepare for the games and its visitors. This has included traffic modelling for marathon day to identify where mitigations will be needed during the event, as well as improvements to Victoria Square.

As Perry Barr was announced as the heart of the Games, much work has taken place to regenerate the area. Our Birmingham team was responsible for writing the Full Business Case for the A34 Highway Improvement Scheme, a pivotal part of the transformation which will leave a lasting legacy long after the Games have finished.

Pell Frischmann’s Lucy Ronaldson has gone one step further in lending her support to the host city. Lucy joins over 10,000 Hometown Heroes, an army of volunteers working behind the scenes to ensure the event runs smoothly. Lucy has been appointed as Field of Play Team Member located on the triathlon course. The role of a Field of Play Team Member is to ensure that the triathlon course remains safe for both athletes and spectators. This includes ensuring that spectators are able to safely cross the course at designated points as well as flagging any hazards or obstructions that appear during the race.

Pell Frischmann is proud to see our colleagues go above and beyond to support the success of the Games and celebrate all that Birmingham has to offer. 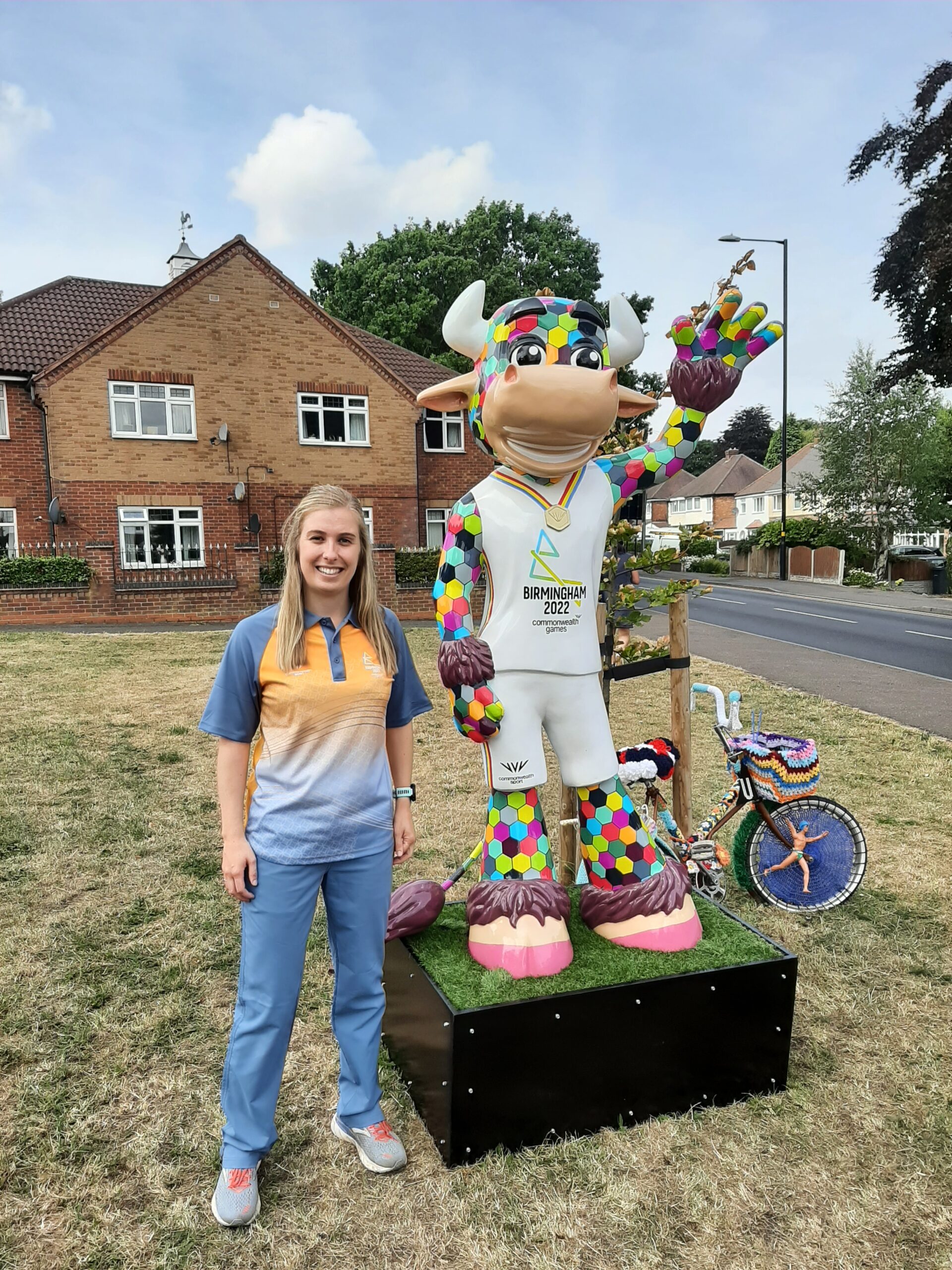 If you’d like to get involved, there are still limited tickets available for some events here.